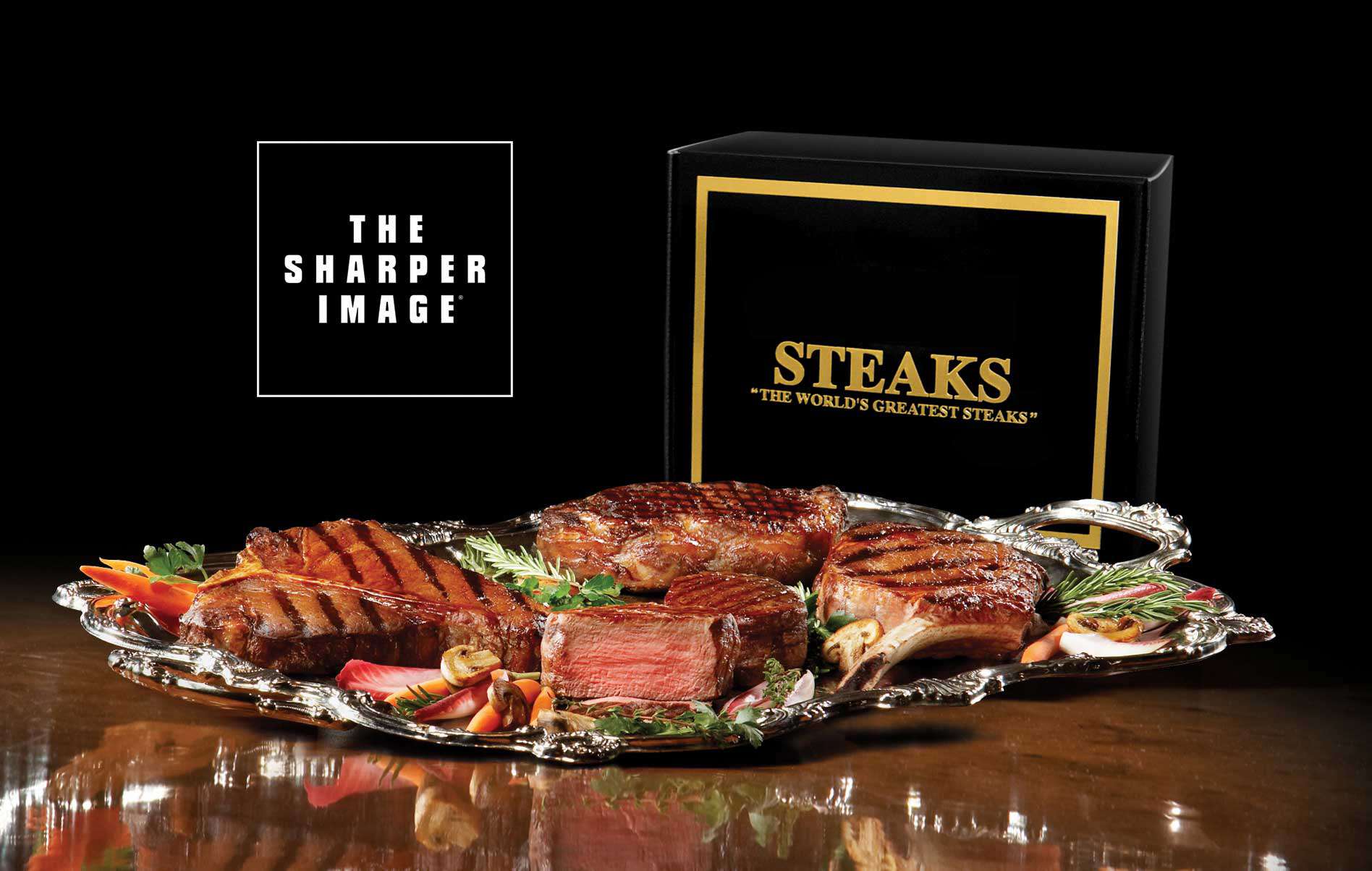 On your way home from work, could you please stop at THE SHARPER IMAGE™ and pick up some steaks for dinner? You remember—that store that sells overpriced electronic gadgets?

Yeah, the retail establishment that sells glorified, as-seen-on-tv garbage to affluent men caught in the throes of a midlife crisis, desperately clinging to youth and relevance while still scratching upward for the social status they think comes with paying way too much for crap they don’t need?

Yep, and get this, the steaks are even named after that racist real estate manbaby with the big mouth and the twelve trophy wives. The one who looks like an angry scarecrow stuffed with crumpled-up issues of Maxim and VHS tapes of Girls Gone Wild instead of straw?

Well sure they do—they carry both electronic heated massage chairs AND the dead flesh of commercially slaughtered bovines. You know, vacuum-packed cuts of beef that finally answer the question “what’s the food equivalent of a $1000 nose hair trimmer that stops working in two weeks?”

Well, yeah, I’d assume they have a fridge on the premises. I mean, they can’t just leave raw steaks sitting out on a shelf between the clickity-clack swinging desk ball thingies and the world’s best aromatherapy digital alarm clock.

Anyway, I’ll pick up the kids from school if you could just please just stop by the mall on your way home and ask the comically-bored teenager at the information booth where you can find a defunct retail chain that sells both a $200 zen rock garden with a tiny little wooden rake and USDA Choice porterhouse steaks named after a handsy trustafarian who’s got a boner for his own daughter and is also somehow the President of the United States of America.

How one designer created the “look” of Jazz